Can Cebu become the Silicon Valley of the Philippines?

It is viable. As quoted from Philstar:

“If given utmost support from both private and public sectors, Cebu’s bid on becoming the next “Silicon Valley” is highly attainable especially that it has already started with the establishment of an IT incubation facility.”

I was able to attend the first of the meetup series for 2011 called TechTalks here in Cebu. It was about Business of Software Startup and Challenges of Building One Locally headed by Markjee, General Manager of Caresharing, Inc. Rose Buencosejo, a fellow techie and the wife of Mark, wrote about it on her blog at TechBoba.

Last night, I attended the third meetup and the keynote speaker was Eric Su, co-founder of Piclyf talking about “The Startup Game“. It was a fun meetup which only lasted until the pizza eating for me since I have my Mactan-is-too-far curfew.

Dave Overton from Glory Reborn Organization and sym.ph talked about the beauty and gifts that Cebu and Cebuanos have, the challenges of a non-profit startup. His talk might serve as eye-opener for some who only have choices of either going abroad, being a “call boy” or getting a job. He is encouraging Cebuanos to get creative and create products out of that creativity. 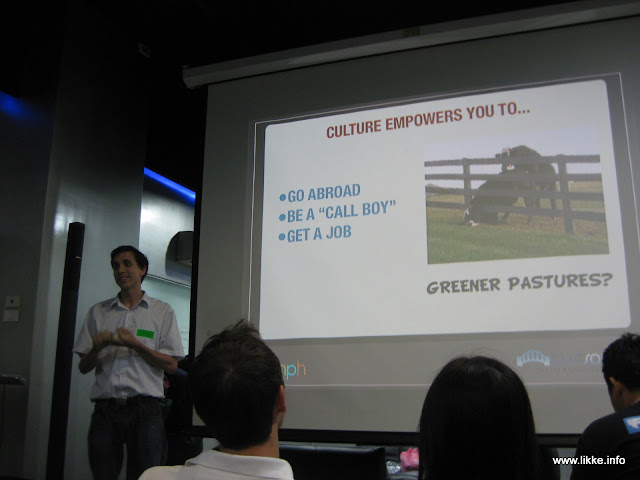 Kevin Leversee is the Dave’s partner at sym.ph. I have known Kevin only on Facebook and recently on Twitter. He is encouraging the idea of trustsourcing through sym.ph and providing a platform of trust for entrepreneurs who want to outsource and create their team. 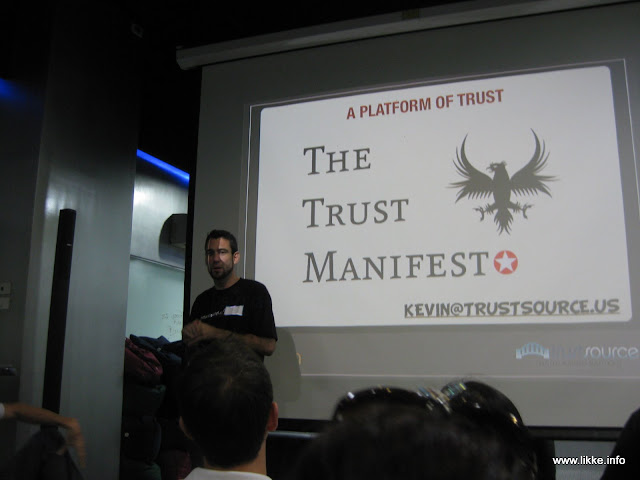 The keynote speaker, Eric Su was there to talk about the Startup Game. It helped me gain insight on what the scene is locally. What stuck with me on his first presentation was that we should not rely on the government for support but instead work on providing great products and eventually as a community, hit a ‘homebase’ for the Philippines. 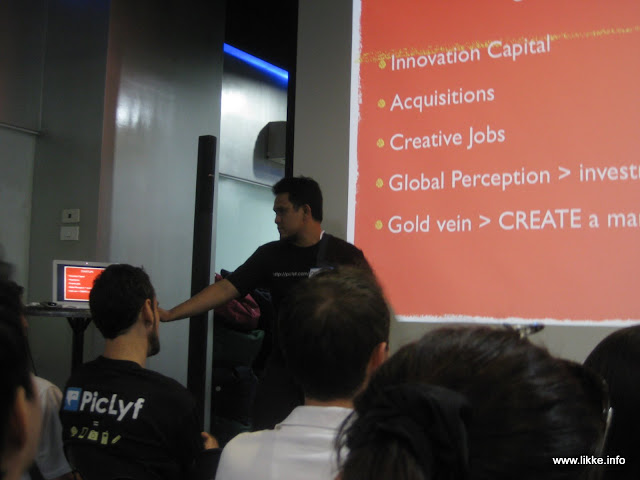 Aside from them, I was able to meet Ms. Lourdes Montenegro who is an economist, Rose Buenconsejo from Etroduce, Vernon Go from GeOh Media and met Albert Padin from Spell Dial.

Regardless of the short time I spend on these meetups, I still end up being excited and pumped up with the craziness of these founders, the growth of the community and what the local talent can bring to the table. Of course, I also want to get the feel of these people and know what Third Team Media can help them with in terms of online PR and social media marketing.

We are just in the first quarter of the year and I am certainly looking forward to joining more of the TechTalks and see Cebu’s startup community soar into great heights into become the next Silicon Valley that people have been expecting it to be.

To answer the question,  I’d say — YES. And only if Cebu’s talent would not sell their souls for a box of doughnuts. 🙂

cebu startup startups technology techtalks
Can Cebu become the Silicon Valley of the Philippines?2011-02-242011-08-12http://fleirecastro.com/wp-content/uploads/fcsmaller.pngFleireCastro.comhttp://fleirecastro.com/wp-content/uploads/fcsmaller.png200px200px
About
Fleire Castro
Hello! I'm Fleire Castro and I manage Third Team Media - an award-winning boutique social media and digital agency offering data-driven marketing programs for companies and brands. This is my personal blog where I share my thoughts on social media, productivity, digital empowerment, and the internet.
Contact Us